Congratulations to the following handler dog teams who ran at the Sagehens Hunt Test.

So proud of all of you.  Thank you for allowing me to work with you and your dogs. 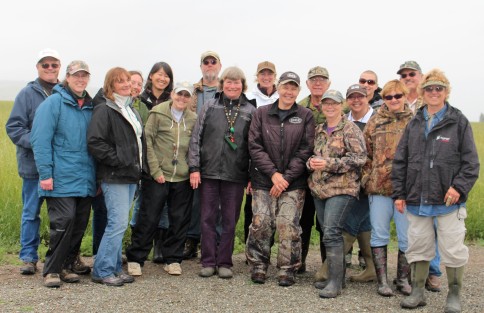 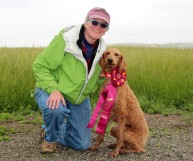 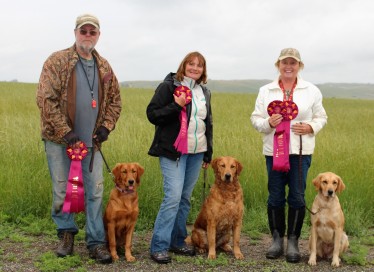 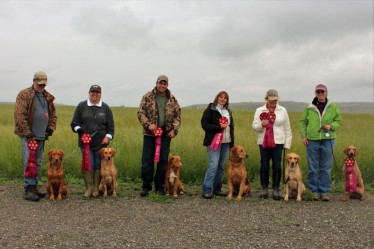 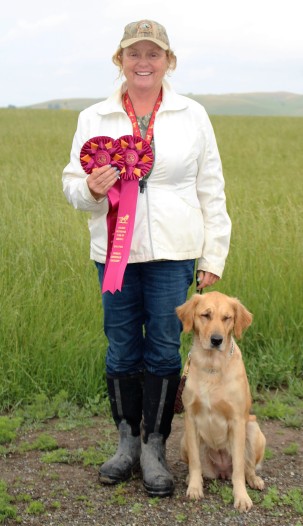 NorCal GRC Spring, 2016 WC/WCX Test. Held at Denverton Road, CRTA property, Suisun City, CA. Cheryl and her Clients and their dogs all had a Great Day!!! Congratulations to All. You made me very proud! 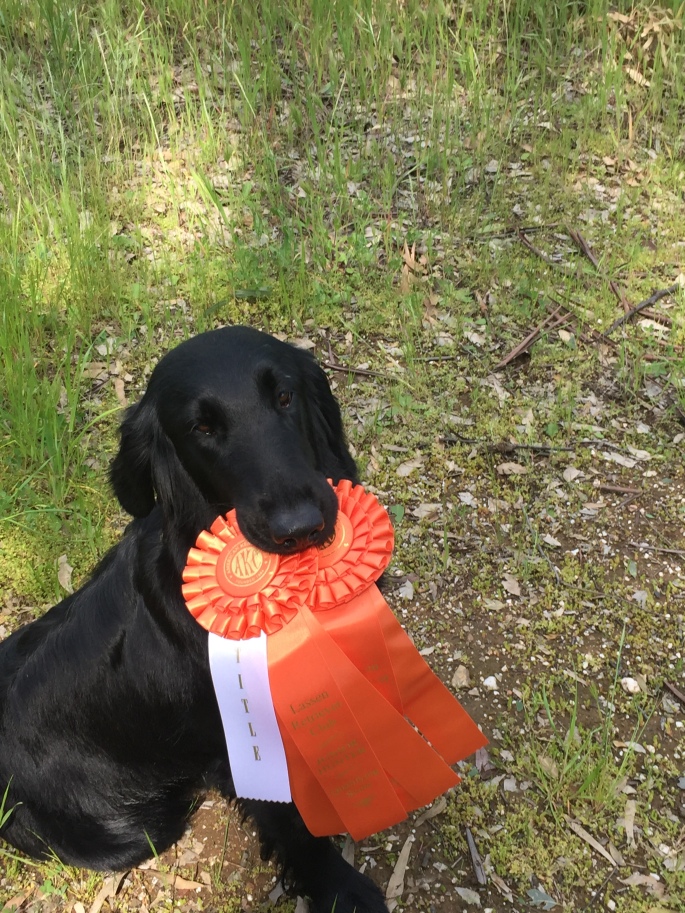 BIS GCH Almanza The Bitch is Back JH, WC had a wonderful time travelling through California and Oregon early 2017,  picked up ribbons for her field and conformation work and has accomplished all she set out to do! She loves the field work and Kerry is planning on continuing forward in to Senior. Congratulations to you both! 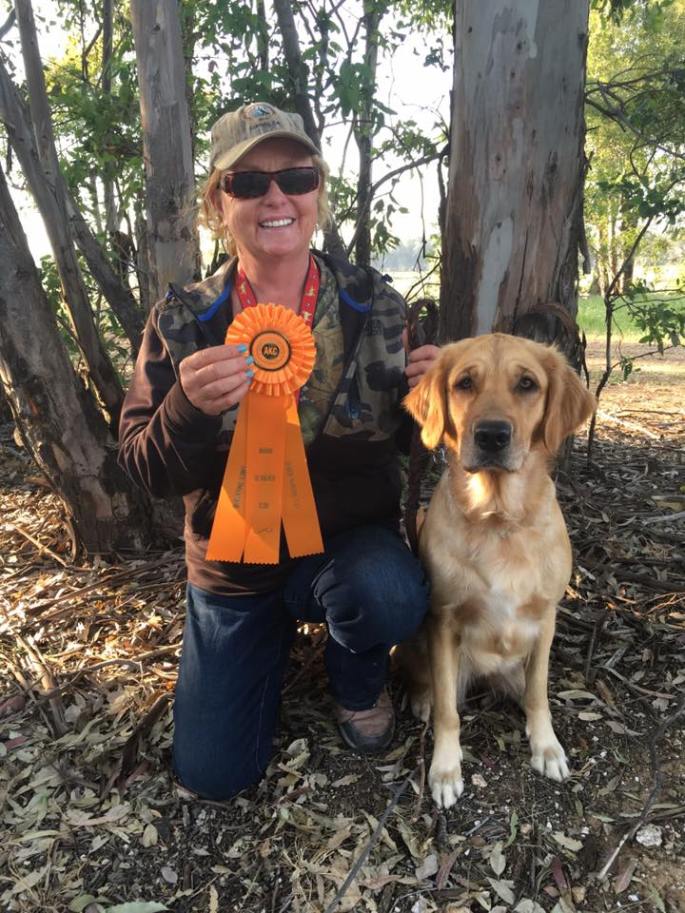 Magicgold’s Red Sky at Morning SH, WCX, RATN, CGCU aka: Hazy has been very busy earning loads of titles in 2016- 2017 and having a great time doing it! A very hard running stylish girl in field. Currently working toward Master Hunter 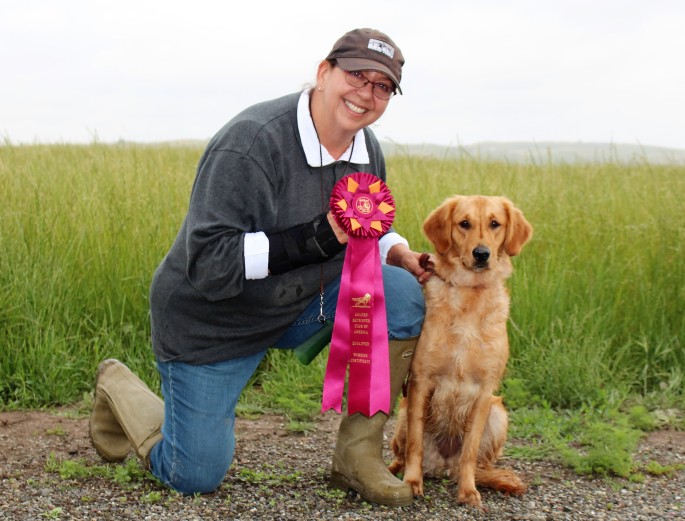 Topbrass Bravhart Let Freedom Ring JH, WC aka: Belle earned her Junior Hunter Title in 2016 and her WC. Carol and Belle worked tirelessly with Cheryl to attain the titles and we look forward to seeing her in Senior soon! 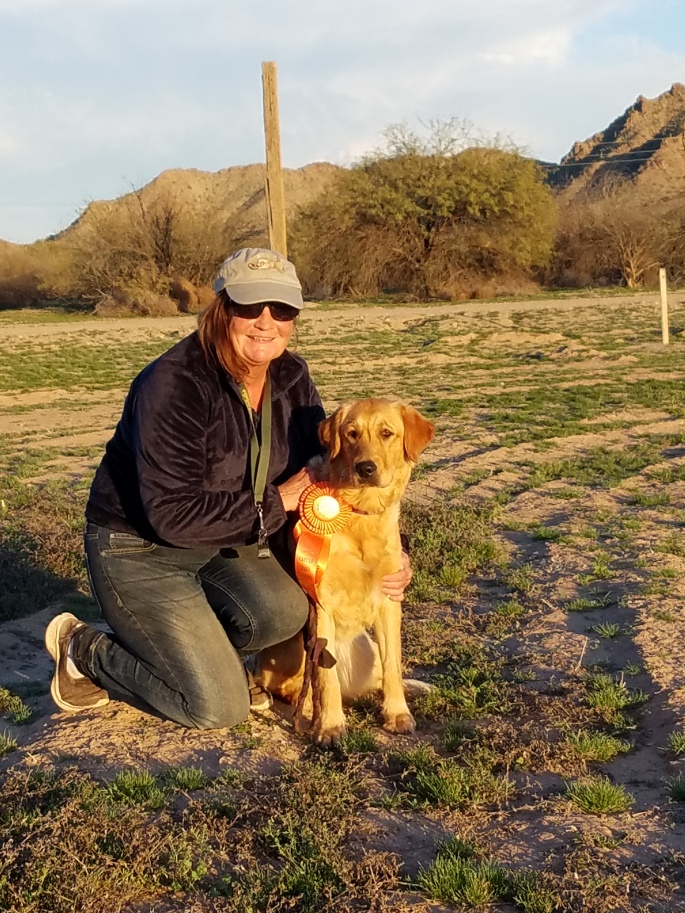 Magicgold’s Exceeding the Limit JH aka: Dashi earned her Junior Hunter title April 2nd, 2017 at the Marin RC Spring Test. At under a year old that’s awesome! Her marking was terrific and deliveries were great! Looking forward to seeing her in Senior come the Spring. 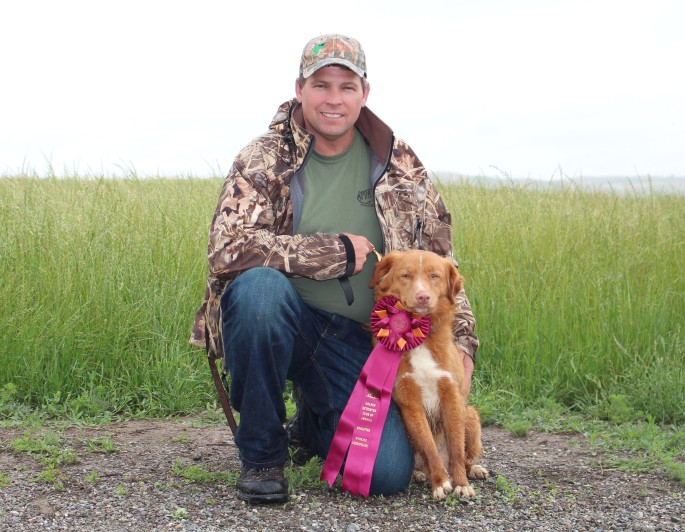 Kd’s Marshal Hunts Rain or Shine JH, WCI aka: Marshal earned his WCX title in April, 2016 at the NorCal GRC WC/WCX tests. Russell ran him in this test and Marshall worked well for his Dad. In addition, Marshall earned 2 Senior Hunter legs at the NorCal HT in April, 2017 and at the Redwood Empire HT in August, 2017. Marshall spends his week days with Cheryl in her board and train program. But, Marshall is a hunting dog and he and Russell are avid duck hunters so he goes home during hunting season.. 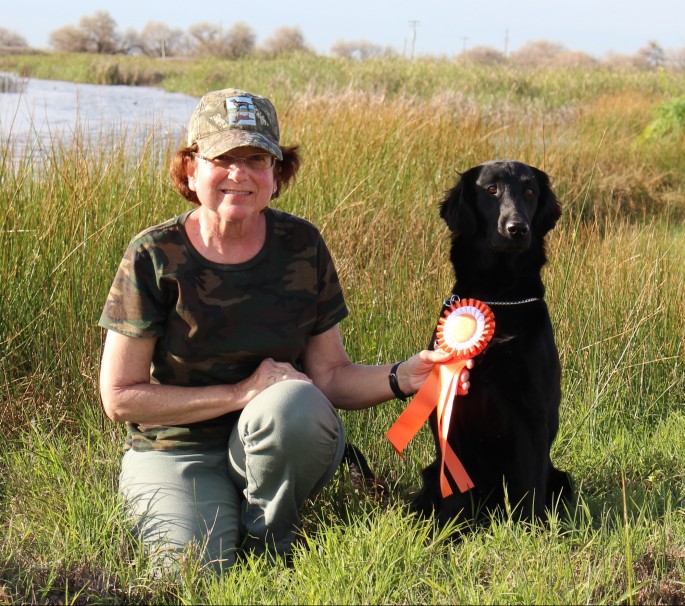 Coastalight LivnLife 2 The Max WC, TKN, SH aka: Zest earned her Senior Hunter Title at the Hill Ferry HT in February, 2016. Zest is Cathy’s first Senior Hunter to train and handle. Zest and Cathy worked hard to earn their title and showed they are a great team. We expect to hear more as they are now working toward a Master Hunter Title. Congratulations to you both! 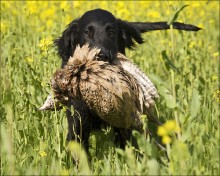 GCH. Kistryl Kid Vixen JH, WCX aka “Vixen” got Senior Hunter legs at the Flat Coated Retriever Clubs National Specialty in June, 2016. Along with receiving recognition at the Singles Series by receiving a JAM!  In April, 2016 she got her WCX Title. She has been with Cheryl on her Board and Train program between showing for her Grand Championship and having a litter. She is the sweetest girl and we expect she will be finishing her Senior Hunter title any day now! 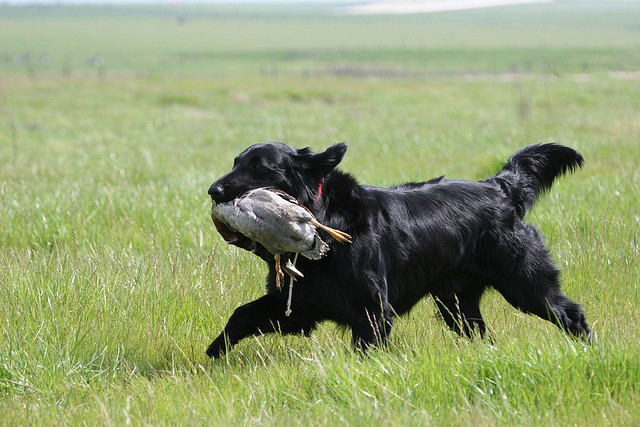 GCH. Wind Dancer’s Fortune Hunter SH, WCX earned his Senior Hunter Title at the Great Western Flat Coated Retriever Club HT on 11/20/16. Having earned his WCX Title at the Flat Coat National in June it was a proud moment for Cheryl as he had not even turned 3 years old when he finished the titles. “Rowdy” is on Cheryl’s Board and Train program and is working toward Master Hunter now! 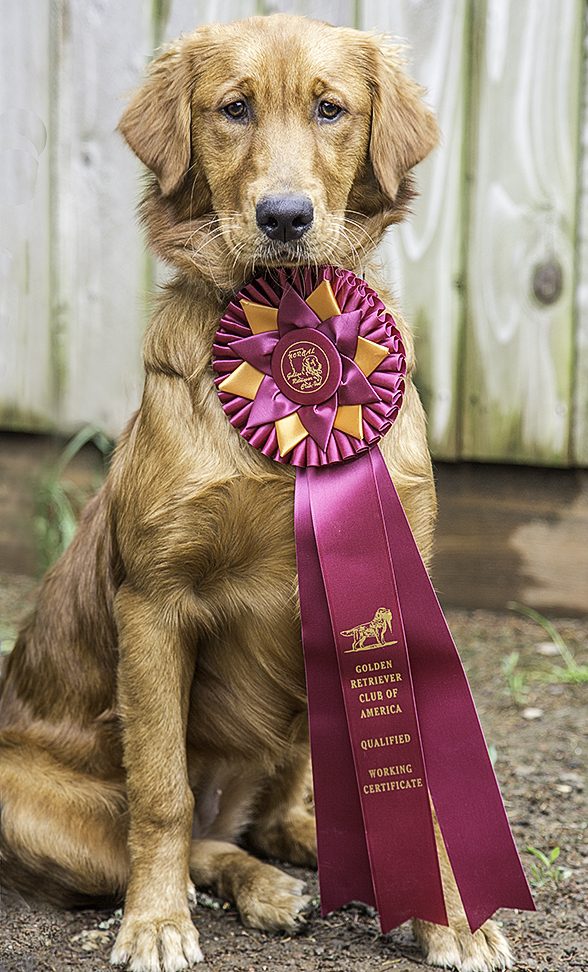 Magicgold Ruff Times JH, WCX earned her On 10/30/16 (1 day before her 1st Birthday) finished her Junior Hunter title. Earlier in the attended NorCal WC/WCX and passed her WCX. She earned her first Senior Hunter leg at the Redwood Empire HT in Smith River, California on 8/17/17. She is a hard running little dog with all the right stuff to go all the way!

Sunbeam’s The Devil Made Me Do It MH, WCX, CCA – AKA – ‘Angel” Picured to the left of her Sire Ryman. Finished her Master Hunter Title 7/9/16, at Rose City Hunt Test. A very proud moment for Jean and Angel and Cheryl as well! Despite being belated. Huge Congratulations to you both. Still picking up Master legs! Most recently at the Redwood Empire HT. Angel and Jean are doing great! 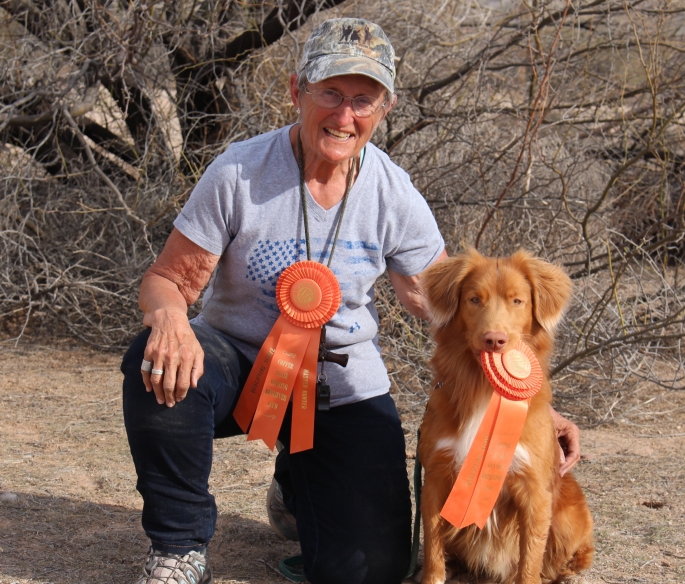 CH. Aqueus White Tie and Tails MH, WCX – AKA “Tux” finished his Master Hunter Title at the Copper State Hunt Test, Arizona on 2/9/17. It was a double header Master and he passed both days! Not only was Pat super Proud. Cheryl was there and was thrilled to watch her protege’s do stunning work. Way to Go!! 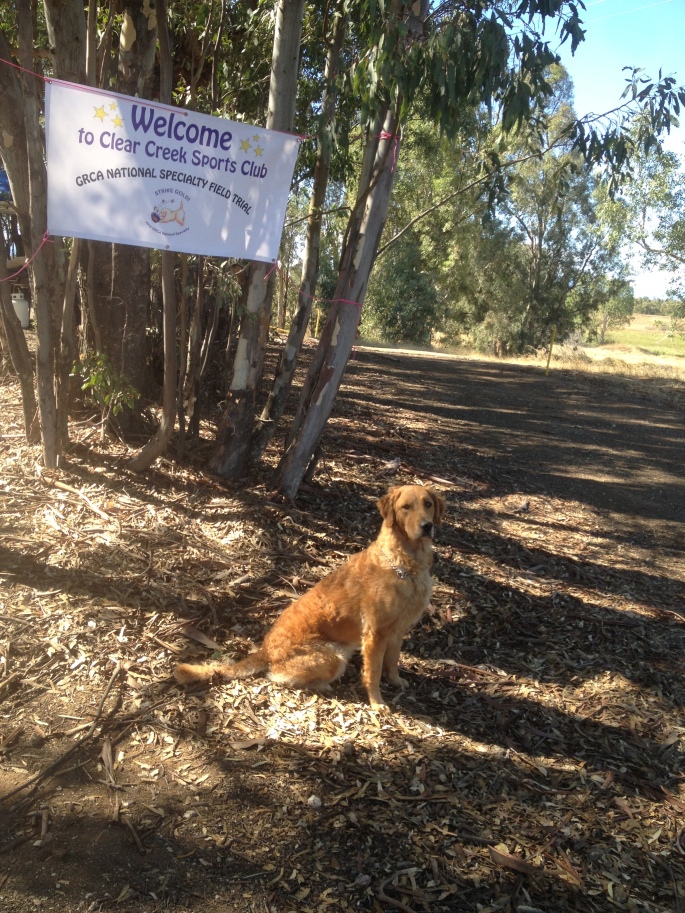 Magicgold’s Abra Abracadabra SH, WCX – AKA “Tata” passed her first Master Hunter test at the Main Retriever Club’s Spring Test, Corning, Califiornia on 3/31/17. Tata was 2 years old. She ran a very clean test in all the series and did not have to be handled on any of her marks. Cheryl is Very proud of this curly girly!

Congratulations to CH Bertschire’s Moonlight, on receiving his first JH leg at Redwood Empire Hunt Test, Smith River, California.  Due to some health issues with Harvey he decided to turn over the reins to Cheryl to work with Shadow. Cheryl did the finishing work for Shadow to be ready for Junior Hunter.  Shadow has been working with Cheryl on her board and train for a few months and is showing great promise for the upper stake work. Shadow did a beautiful job of pinning his marks on land and water and made Cheryl very proud! Cheryl would like to thank Harvey for entrusting her with his baby and she is delighted to be work with such a talented boy! We look forward to many fun tests ahead. 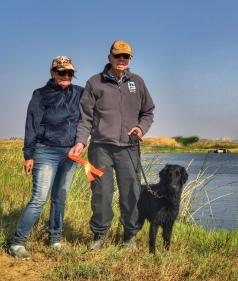 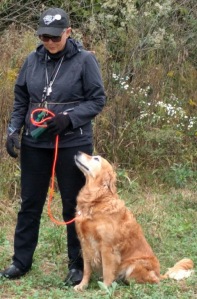 dicated and enthusiastic dog sport participant, and as a result, Jade has qualified for the Master National Hunt Test for the last six consecutive years and passed the National in California in 2014. 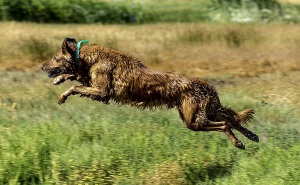